PILA is the site-specific artistic installation by Alberonero designed for the recently restored Belvedere in Piazza Cesare Battisti, presenting it formally to the city of Rieti. The work is designed for one of the historic quarter’s most suggestive viewpoints, on one side interacts with the ancient Cathedral and contemporaneous architecture and on the other with the Giardino del Vignola and the city’s two main squares, and so exploits the privilege of contemporaneously looking over the roofs of ancient Rieti and at the breathtaking panorama that daily synthesizes the relationship between the city’s two heritages, the historical-artistic and the naturalistic, which still exert a strong influence over its culture.

The installation embraces Rieti and the daily life of its inhabitants. The Belvedere, as a meeting point, a thoroughfare, a place to relax, is very popular with the people of Rieti and tourists alike. Alberonero’s work enhances its role as a space dedicated to contemplation and observation of nature and the city’s history.

PILA, with its ethereal and intangible appearance, absorbs the strong spirituality that pervades the city of Rieti, continuously recalling its role as the fulcrum of St. Francis’s journey. Here the saint consolidated his faith and found the strength to share it with the faithful and with the populace. It is ethereal and intangible in appearance only; in reality it is solid and stable, just as is the local culture in the tenaciously preserved historical-artistic, religious and social records of the city.

PILA is part of TraMe – Tracce di Memoria is the cultural project ideated by the Uncommon Factory, curated by Annalisa Ferraro and supported by the Lazio Region and the European Regional Development Fund. 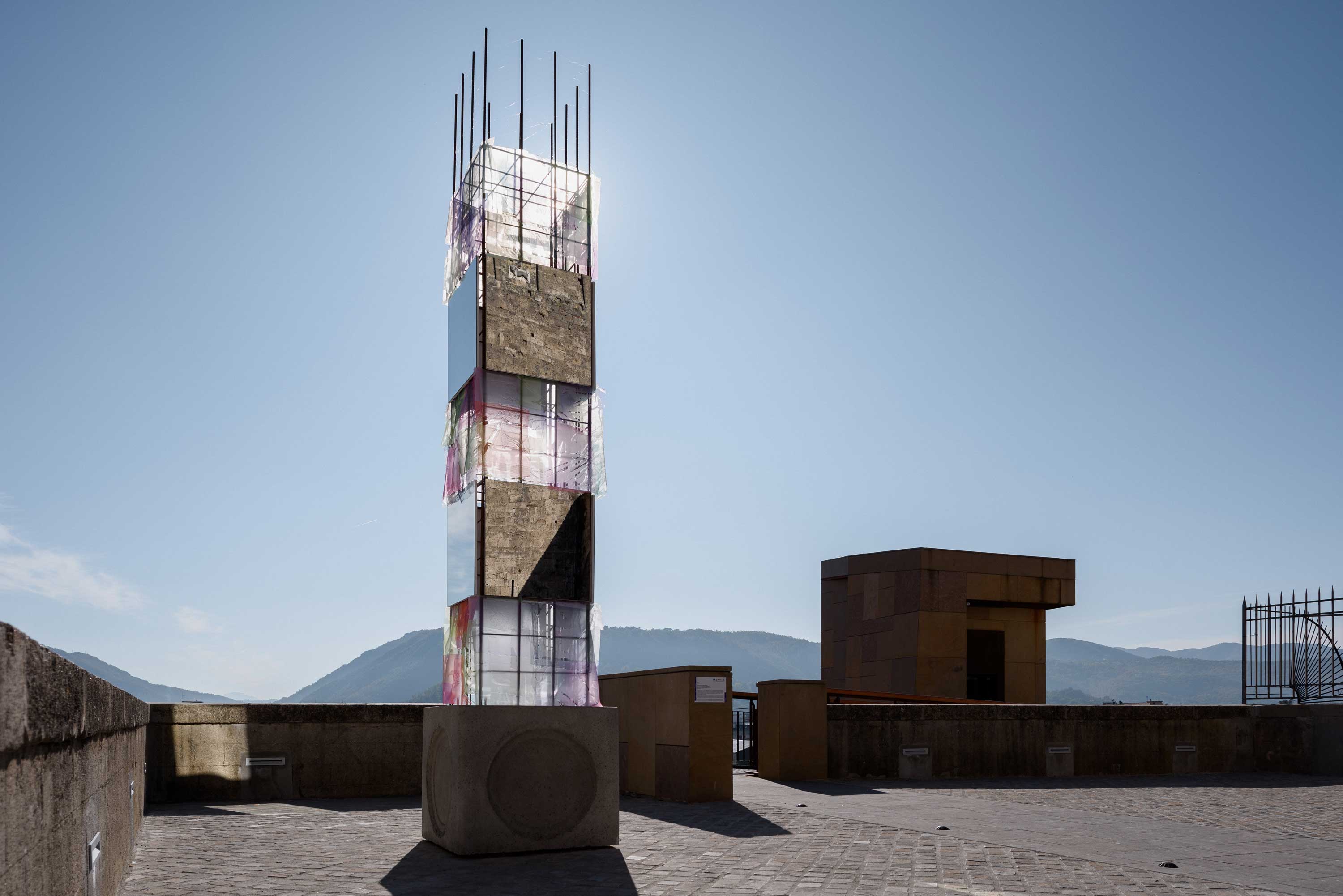 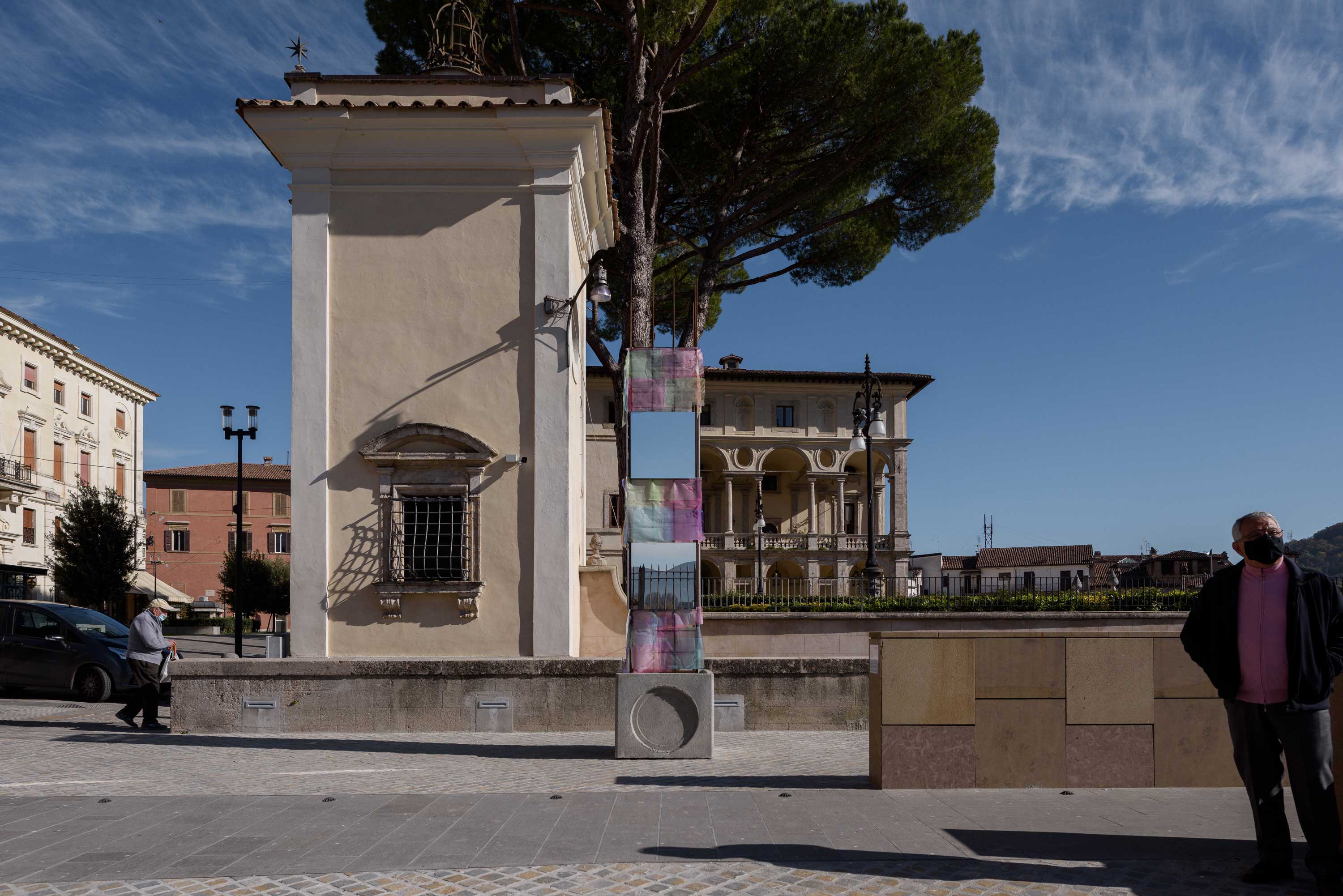 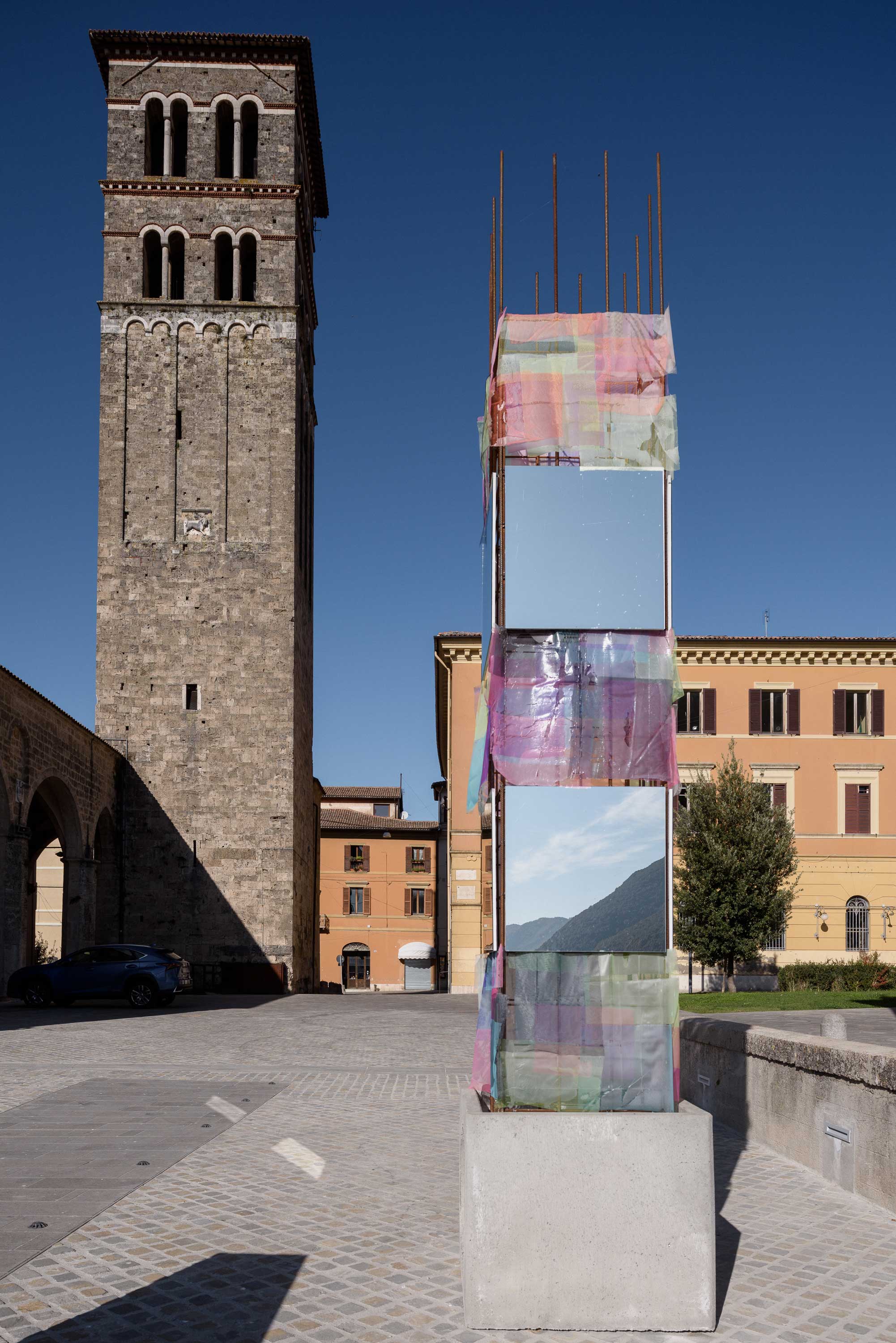 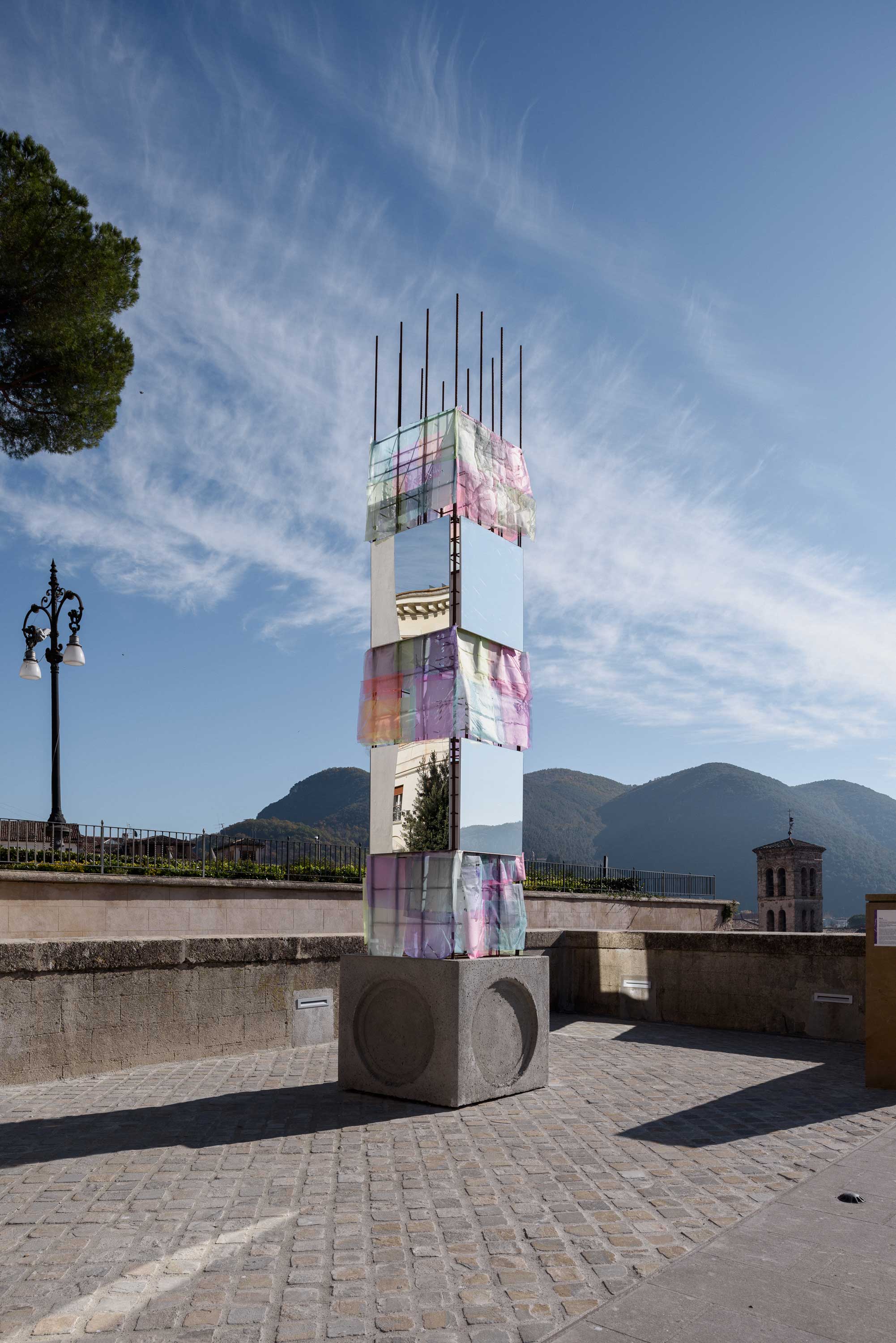 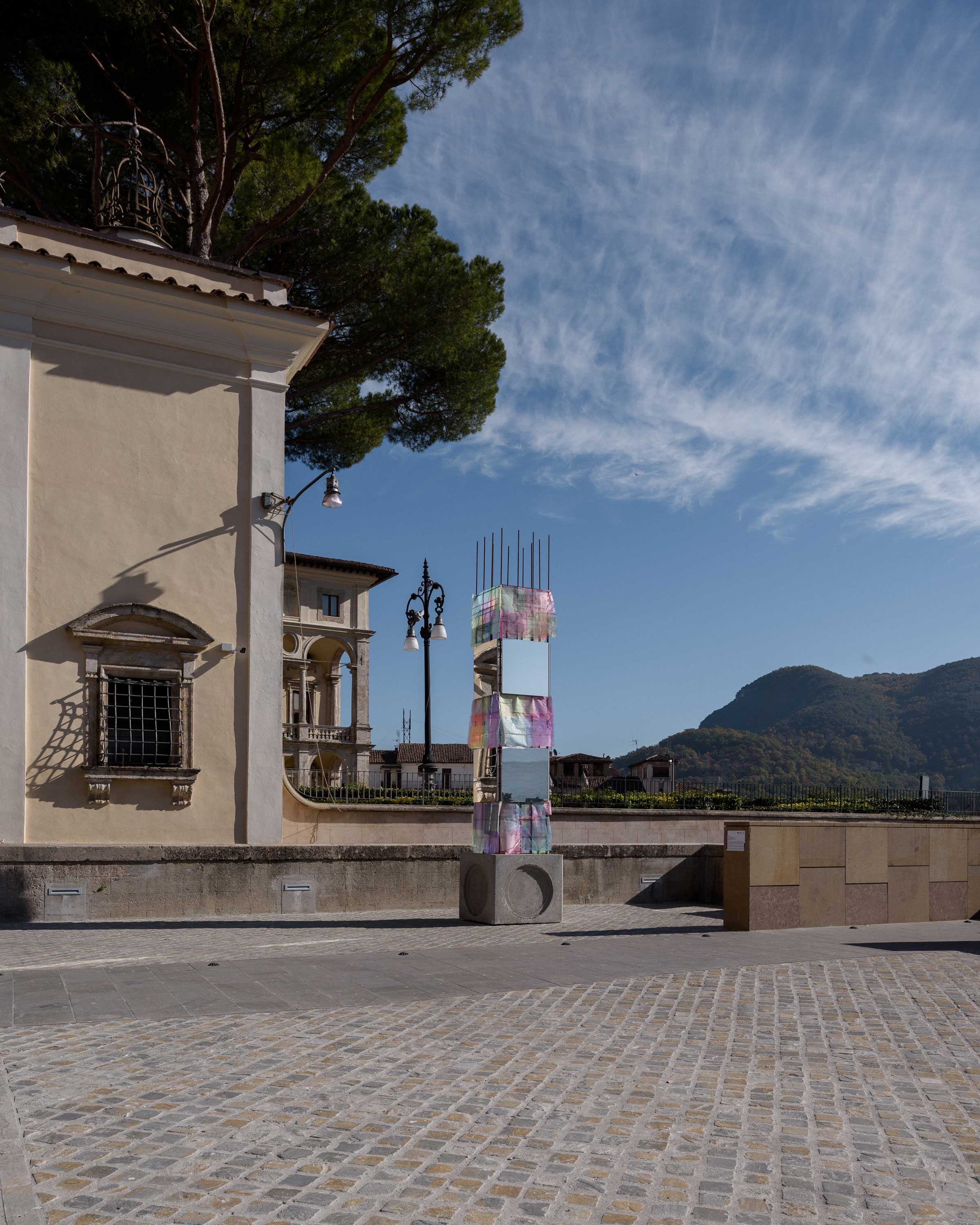 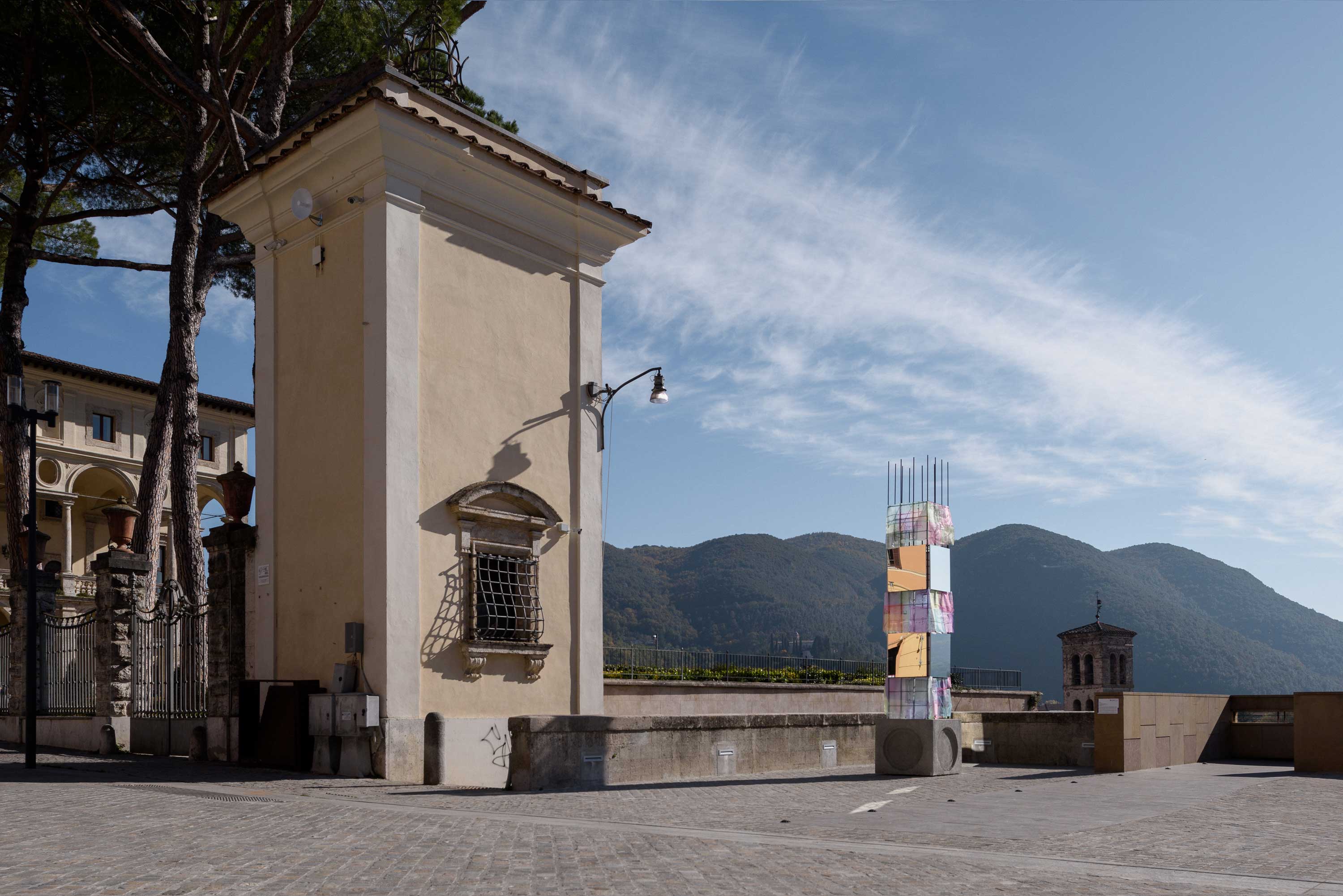 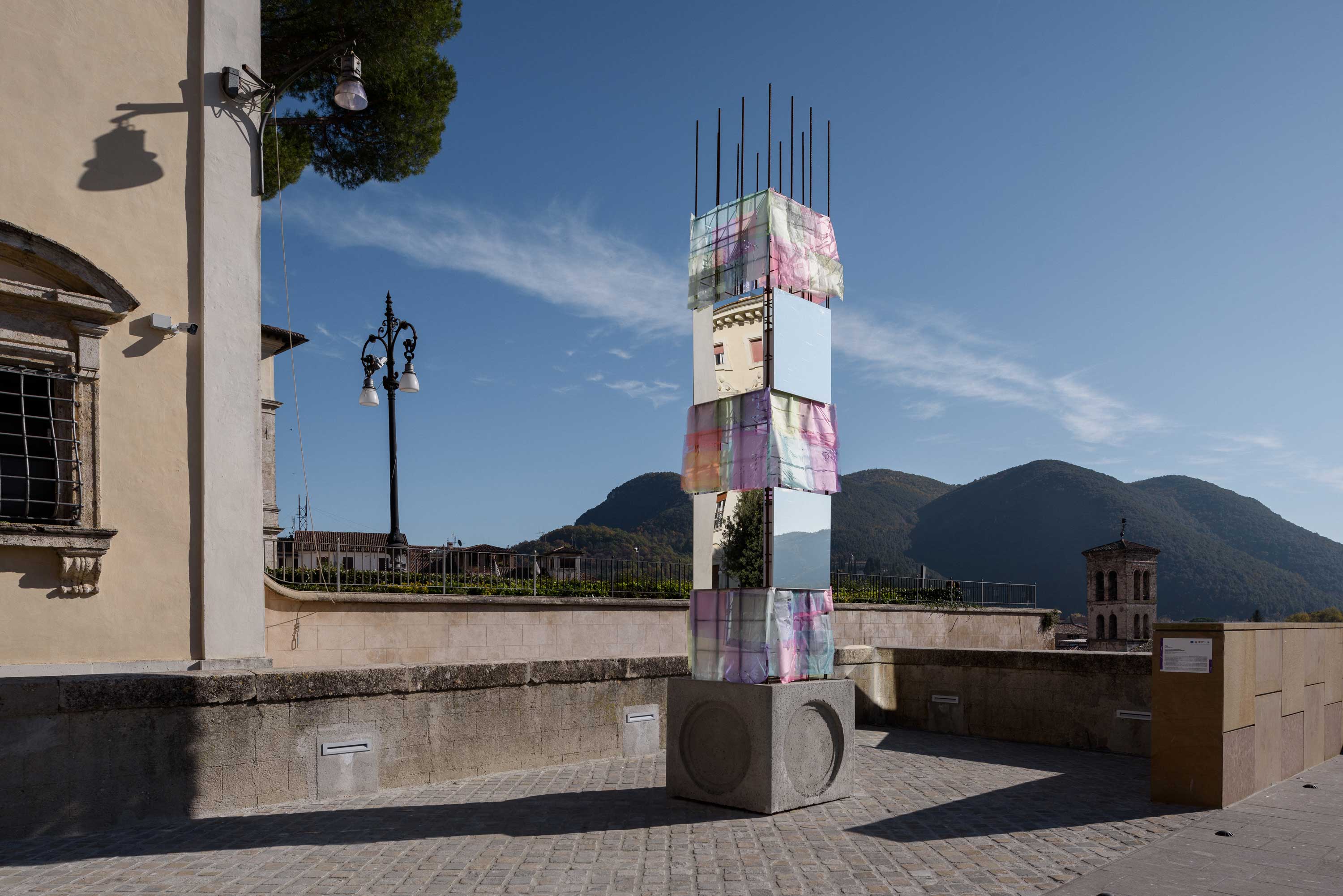